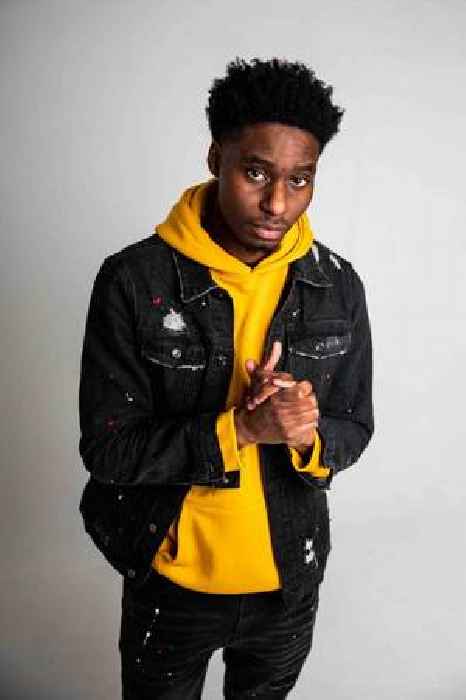 Born and raised in East London, newcomer *Wynts *draws his musical influences both from the current grime and drill soundscapes, but also at a roots level from his Jamaican and Dominican heritage inheriting a love for Reggae and Caribbean music and rhythms from an early age.

For Wynts, music has always run in the family, growing up around family members who were DJs, musicians and most importantly - lovers of music.

Cutting his teeth with his family and peers early, Wynts is well on the way to putting his 10,000 hours into mastering his craft. Also a promising rising baller, at 8 years old he began his footballing journey at the Arsenal academy.

Part of the *Baiteaze FC* movement who's progress we are following closely. This squad mentality, self-discipline and training regimes have served him well both on the field and in the booth.

'Broke Boys' sees Wynts sparring over a choppy and moody drill beat produced by British-Bengali singer and multi-instrumentalist *Nish,* who has been putting in the hours with Wynts working towards a debut EP.

Accompanied by visuals shot locally in East London the footage sees Wynts flexing with his cohorts. The keen eyed amongst you may recognise ballers past and present from the *Baiteaze FC *movement backing their friend.

If just focusing on the music, at surface level 'Broke Boys' is a tidy opening salvo from another newcomer to the scene. A short and succinct demonstration of Wynts songwriting prowess, cadence of voice and presence on-camera partnered neatly with Nish's developing production skills. When you dig deeper and think on it the visuals depict camaraderie, friendships and loyalty.

In the context of the movement developing and the wider U.K. scene, that camaraderie remains one of the most crucial ingredients for ongoing sustained success collectively. 'Broke Boys' is vital and Wynts' upcoming EP promises to be ripe with the same potential. Amidst the bars and bravado it's the friendships and collaboration inherent from working as a team that weave throughout this release that will stand the test of time.

The U.K's black music scenes are arguably in their rudest health. With the fusion of drill, grime, UK rap, bashment and afro beat rhythms creating an intoxicatingly infectious soundscape that is now consistently dominating the UK mainstream charts on it's own terms whilst also being readily exported internationally.

U.S. hip-hop artists are now on mass looking to the U.K. and borrowing our rhythms, soundscapes, dialects and directly drawing influence from the U.K. scenes evolving sound. Repeat that to yourself a few times, we have in essence come full circle.

We could go on alphabetically listing ambassadors past and present who have paved the way for progress but will stop making the point here.

There is a vast list of contribution to the collective movement to build the momentum we now see thriving. That momentum has to be sustained with newcomers who can immediately pick up the torch and put their music on a level with their peers.

*Wynts* is one to watch, standing on the shoulders of giants. If he and his peer group alike can continue to build together, working towards the greater good of the scene then the current momentum we are experiencing can be sustained.