Around The World Through Rhythm Section INTL 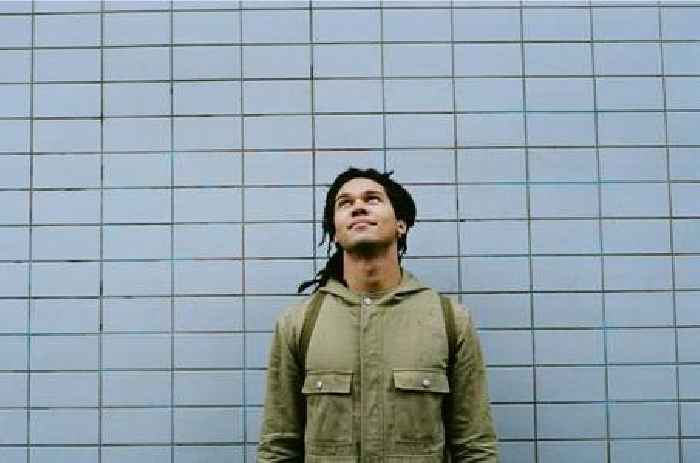 Around The World Through Rhythm Section INTL

Bradley Zero with some essential picks...

*Rhythm Section* is spreading vibrations from Peckham to the world.

Kicked off by viral South London selector *Bradley Zero*, the label has developed a distinct ethos, with its open-minded dancefloor stance spreading positive energy on every continent available.

Steadily growing a global reputation, Rhythm Section INTL has picked up some cohorts along the way, full deserving that internationally focussed suffix.

With a new compilation toasting the label's fifth anniversary out now, Clash hooked up with Bradley Zero for an around the world guide to Rhythm Section...

I’d heard about Dawit long before I met him - primarily through my friends Andrew + Ari (beautiful swimmers). He lived in DC at the time, and straight away, they where like “yo, you guys are so similar, you’d really get on with Dawit”, but I guess a transatlantic friendship isn’t something you can really force… plus it’s always a bit awkward when you get matched with someone you don’t know!

Anyway, before too long he ended up in London to visit his sister and we linked up for lunch. To say we hit it off would be an understatement. The Swimmers were right - it felt like I’d knew this guy forever.

Dawit’s one of a kind - US born, raised all over Africa and the middle east and is now settled in the Ivory Coast where he works for the family business - which is run by his Ethiopian mum and Lebanese uncle.

Back in 2018, when we must have only hung out a couple times, we where chatting online when I let him know that my long awaited Vipassana course had just been cancelled last minute - and I had a whole 10 days wide open with no plans. Without hesitation he said, “bro, come to Adbijan”. A few days later I was on a plane to West Africa and thus truly began the begining of a wonderful, very intercontinental friendship.

I returned to Abidjan in 2019 for a creative residency that Dawit organised in partnership with NYC based LOT Radio. Artists included Awsome Tapes From Africa, Dreamcast, Sir Eu, Bosaina (Cairo), DJ Katapilla (Ghana) and many more…

The week was such an incredible experience for everyone involved - but especially poignant for the African Caribbean and African American members of the group - for many of whom it was their first steps on the motherland - and to come together with so many inspiring people and to connect with the contemporary club scene of Abidjan in that way was an experience that money couldn’t buy.

I did my best to repay this priceless experience by taking Dawit on the road with me last summer. We took Glastonbury by storm and hosted what was quite possibly one of the best days that Worldwide Festival has ever witnessed!

Here’s to more good times in the future...

I got to know Yu Su through my old friends at the mood hut. There’s been a strong connection between Vancouver and London. I've visited there three times now and forged strong connections with the likes of Pender Street Steppers, Hashman Deejay, Jayda G, Local Artist and of course Yu Su - all of whose debut UK gigs where at Rhythm Section.

I recently had a sit-down chat with Yu Su for Ransom Note and learnt about her pre ‘Western’ conceptions of dance music. Long story short it was all a total revelation to her upon arrival. While China definitely has a nascent scene in hubs like Chengdu, Shanghai and Beijing - your average regional music fan has no idea what’s going on in the warehouses and festivals of Europe and North America.

Her take on the club scene and the openness with which she embraced it is so refreshing!

Ever since I first got my visa granted - Miami has been a major stop off on the North American tour path. I was always super excited to visit Miami - not just for the weather and amazing food but also because I got to hang out with my Cuban-American brother, Ray! He has that knack of making anyone feel instantly at home and a strong passion to share music he’s discovered as well as the work of his peers.

This is how I met Goiz - a bad boy producer and incredible DJ who supported me once at Floyd in Miami. Miami itself is larger than life. For the newcomer it kinda feels like walking into a real life level from GTA, complete with low riders, drug money mansions and a surplus of strip clubs and neon lighting.

The music scene there is divided - it’s a mecca for BIG room EDM - the kind of stuff that floods the city during WMC, but the underground scene there is humble. Despite being a relatively small dot on the map compared to powerhouses like Berlin, London or NYC - Miami has a strong identity, a unique sound and has pumped out all kinds of amazing underground artists from Mystic Bill to Murk and now - these guys.

The hub of the city was a dive bar / small club called the Electric Pickle - that’s sadly no longer open, but - given the tropical Climate and Caribbean way of life - it’s not to hard to find a good spot for a party. It’s always summer there...

Last summer, Ray and Goiz were in London and I had to return the hospitality. I hosted them at an RS dance at Giant Steps alongside Waxo Paradiso, and while they where over they jumped in the RS studio. Turns out Ray had been quite modest about his own skills behind the controls... him and goiz whipped up ‘Cafe Iguana’ on one sunny afternoon in London Town and I pretty much signed it on the spot!

It’s been one of the most popular tracks on the compilation, released under their duo name ‘Research Club’.

Bronze Savage aka Nathan Savage represents a sparsely populated island at the very end of the world: Tasmania.

Christened by Nathan as “the cold Ibiza”, Nathan has led a Balearic renaissance in the most unlikely of places. Situated 370 miles south east of Melbroune, Tasmania is the last stop on the way to Antarctica. It’s airport “Hobart Intl” only has that suffix because of its irregular chartered research flights to the South Pole.

The island contains within it, the world’s last great temperate wilderness, much of which is unchartered and so vast that there’s a wildly held belief that wild Tasmanian Tigers (an extinct genus of marsupial predator) still lives there undetected. This sounds far fetched until you witness the vastness of the unexplored woodlands.

A rather unlikely place for a thriving alternative dance music scene, right? But thanks to Nathan, Cal and of course the bi-annual arts festivals held by local billionaire, David Walsh at his gaff - MONA (Museum of Old and New Art), Hobart has gone from hilly billy backwaters to cultural hot spot in just a few years.

In my numerous visits to this enchanted island, I’ve seen Kelsey Lu, Moses Boyd and Alim Qasimov perform amongst the exhibits at Moma. I’ve also witnessed the likes of Nosedrip, Pelvis and Waxo Paradiso rock a party that the coolest borough’s of London would be proud of hosting. I’ve explored deserted bays, dodged wallabies on windy mountain paths and been held hostage by possums on a camping trip.

When people talk about bucket lists, they could do a lot worse than chucking Hobart in there, and my experiences are largely down to Nathan and his weird and wonderful approach to life.

I met Jad on a sunny day in passing in Berlin a few years back and got to know his label partner and fellow Dominican, Dom Bird very well over a few consecutive visits to his adopted hometown of NYC.

I’m a huge fan of their Brisbane founded label Beats Of No Nation and I’ve been emailing back and forth with Jad for a few years now - trying to find the best track to release with him. 'Deep Dark Grimey Dancefloor Moment' has been a long time coming - proving its value over years of dancefloor trials.

The scene which Beats Of No Nation was born out of has a small yet rich music heritage. Jordan Rakei lived there and wrote his first EP as a Brizzy resident, and the small record store there run by Alex Intas played a pivotal role in exporting Australian dance music to the UK.

When Alex moved to London and got a job at Worldwide FM he ended up working with Gilles to curate ’Sunny Side Up’. Sampology and the label Soul Has No Tempo also operate out of Brisbane and the city was immortalised on my impirint by Melbourne based Silent Jay and Jace XL on their track, “Bris-Vegas’.

As for me and Jad himself - our bonding moment came on a rather hazy Afternoon in Amsterdam when - realising we were both in town - decided to hire a boat to spend a lovely day on the canals. After having a few technical difficulties with the rudder around a particularly tight corner - a near death experience brought us together when we where confronted head on by a speeding river cruiser.

We escaped with our lives but we were never the same again.