"We're Really Proud Of It!" Neil Finn On The Return Of Crowded House 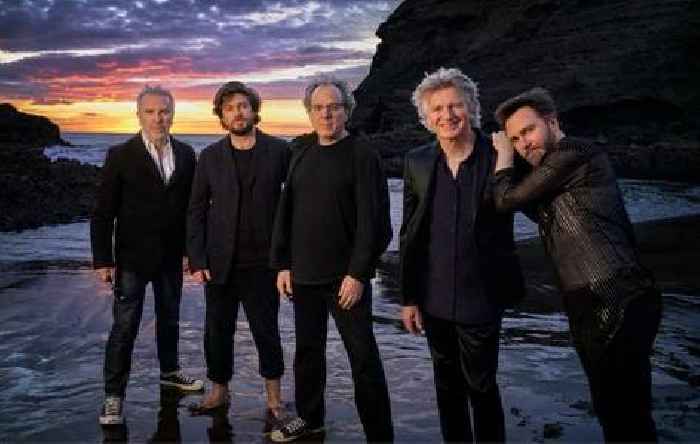 "We're Really Proud Of It!" Neil Finn On The Return Of Crowded House

Sitting down with the genial songwriter...

*Neil Finn* is one of music’s true gentlemen. In spite of his success – decades of hits, acres of gold discs, and more packed out arenas than the average World Cup – he remains steadfastly down to Earth. When Clash connects with him via Zoom he immediately apologises for his tardiness, and is the modicum of self-depreciation throughout. Little wonder, then, that when Fleetwood Mac’s re-union grew too fractious,* they sought out the services* of the New Zealand songwriter.

Right now, though, we’re here to discuss a project close to his heart. ‘Dreamers Are Waiting’ is the first album to bear the *Crowded House *name in over a decade, and it taps into the group’s gift for gilded melody. Speaking to Clash from his music room – he initially opted for a bigger space, before finding it “a little overwhelming” – Neil Finn conjures emotions of relief and surprise at the finished result.

“We're really proud of it,” he says. “It's so nice to have it out because we've been sitting on it for a while. I'm really happy to see that people seem to be enjoying it. I've probably lost objectivity, you know?”

Ranging from the McCartney-esque melodies of ‘Too Good For This World’ to the ensemble opener ‘Bad Times Good’, the new album is a joy, a refreshing dose of music-for-music’s-sake. “These things have a sort of intuition,” he shrugs. “There's no science or great masterplan in my mind that we, you know, might almost refer to it as stumbling along following your nose.”

There’s a sense of being out of sync with the surrounding world. Completed just as the pandemic swept into view, ‘Dreamers Are Waiting’ has an unabashed grasp of beauty. Chatting to Clash, Neil Finn references the new docu-series *1971*, and some of the sounds that first fired his songwriting imagination. “When we began we were a little outside the times, and we’re maybe a little outside the times now in the sense of trying to figure out where we fit in.”

Utilising an overhauled line up – one that includes his son, Liam Finn – this new version of Crowded House contains a real sense of vitality. For the New Zealander, the group dynamic is about being challenged, accepting friction as a path towards art. “What I'm looking for,” he mentions at one point, “is somebody else to come along and do something surprising with my music… something that just opens it up somehow, gives it more dimension, and let's the light in.”

“I think sometimes when you're on your own, you can tend to fashion a perfect entity, and cover all the cracks and the flaws. And maybe it will be a thing of beauty. But sometimes I think it makes it more impenetrable. Whereas when other people are playing your songs, they aren't quite getting it how you would have imagined but it enables it to have a bit of breadth. It’s like: often, a perfect face is not necessarily what people end up loving, they love the flaws and the characteristics of other people. And that's the same with a song I think.”

‘Dreamers Are Waiting’ was mainly laid down in Los Angeles, with the initial sessions only meant as a kind of dress rehearsal – yet it’s these that find pride of place on the new album, with Crowded House emphasising feeling over perfection. Often honing in on first and second takes, Neil Finn seemed to relish the experience of performing once more with such close collaborators. “Bands seem even more valuable somehow,” he says. “I'm not a fan of a lot of the way that modern music is made. I'm an admirer of some of the music that's out there. But it seems like bands are kind of slightly rarer and more beautiful when they when they work.”

The emphasis, then, is on the craft – it’s on the long hours that go into writing the songs beforehand, and then allowing the studio alchemy to take place. “I’ve become very used to the idea that to get anything done over a long period of time, you need to have endurance as a main. And that leads you to good places where sudden inspiration might strike. Every so often I’ll have this flash, but in general it’s turning up every day.”

“I still have a few anxious moments, as my wife will attest, where there's not a musical bone in my body. But it's really compulsive, and it's more fascinating than it ever was, and I also feel a little bit like I'm in a bit more of a hurry now to get to get things done. I just feel like there's a lot more a lot more to do.”

Neil Finn speaks to Clash from his music room in New Zealand, and to his immediate left there’s an upright piano; not a grand – he said it makes him feel awkward – but an old, primary school style upright. “I do get pressured, but it’s by weird things. I'm not necessarily sitting around thinking 'oh God, what are people going to think of this?' when I'm writing at all it's more: 'Can I believe in this?' 'Is this something that's actually going to get me? Is it gonna make me feel something?’ Sometimes a great song is what emerges from those messy feelings.”

The past 12 months have certainly brought some “messy feelings”. Initially, Neil Finn was locked down in Los Angeles, using his free time to do lengthy hikes into the hills, exploring his surroundings in a fresh way. As things eased he was able to relocate to New Zealand – a country whose *record on the pandemic is virtually spotless*. Beaming with pride at the “human” manner in which the country has tackled COVID, he was able to lead Crowded House back out onstage recently for some huge – and hugely special – arena shows.

“Well, it felt really transformative,” he grins. “Even after only a year, we were well aware of how special it was. All the other musicians that we know, all around the world, were kind of shaking their heads, saying: my God, you're doing 12 shows in a row, to arenas, and with no social distancing, no masks? So we were, and we didn't let a moment go.”

“Our attitude walking onstage - every night - was pretty bang on. It was the new band, we were looking at each other and listening to each other. And I think it's a really exciting time for Crowded House. I just can't wait for people to be able to see it live!”

Set to play the UK next year – including a stint at London’s historic Roundhouse venue – Crowded House might well bring some new material with them. Neil Finn is always working, after all, even if he’s not entirely sure were those ideas come from.

“It’s a mystery!” he laughs. “If I knew exactly how songs came out, and the manner they came out, where people liked them the most... I'd probably have written a manual on it. But I really don't know any more now than I ever did.”

'Dreamers Are Waiting' is out now.

A wistful, melodic return from a band who specialise in such charms...