This Is Tyler, the Creator's World And We Can't Stop Watching 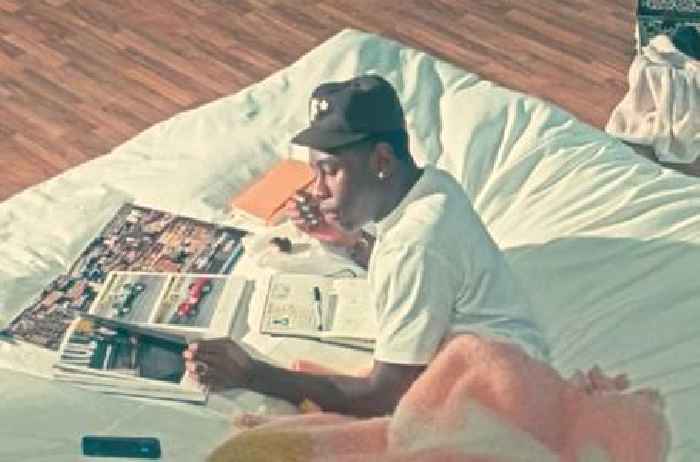 This Is Tyler, the Creator's World And We Can't Stop Watching

Unpicking fan theories ahead of his new album...

Since *Tyler, the Creator* first teased the release of a new album, ‘Call Me If You Get Lost’ with a billboard in LA spotted on June 10th, there have been upwards of a thousand posts made in his dedicated Subreddit, *r/tylerthecreator*. His tweets each boast hundreds of replies filled with fans unpicking every bit of information he drops. To put it simply, there is hype.

But Tyler’s fanbase aren’t just engaging with what he’s put out, they’ve created a whole subculture of their own. There’s the debate over theory: a thread titled ‘Call Me If You Get Lost Theory’ published yesterday has already received over 50 comments. Fans compare screenshots from the new videos released and his older work, trying to piece together a bigger timeline. It’s not all serious: disparaging self-referentiality is central to Tyler’s fanbase, and for every serious post about his work, there’s an in-jokey meme to go with it.

Tyler, the Creator has been playing a cat and mouse game with his followers for years. It’s a game that rewards the observant. To the Billboard awards last year, he wore a bellhop outfit, carrying a suitcase that looks disconcertingly similar to one those that an illustrated Tyler carries in the album art he has released so far and the pile of suitcases that he stands on in the ‘Lumberjack’ video. Last year, the star revealed that he had voiced a number of minor GTA V characters back in 2013, prompting fans to trawl through the game in search of his voice credits.

In the videos that we’ve seen drop so far for ‘Call Me If You Get Lost’, Tyler seems to be weaving a story between a version of himself and a taken woman. In the ‘Side Street’ teaser clip, we watch the star and the mysterious woman kissing, before another man (presumably her boyfriend) comes and picks her up. In the ‘WUSYANAME’ video, released suddenly last night, we watch the start of their romance, where the star monologues about his travels before he meets his lover, who is only named as ‘she’ – a name that some fans have linked to the single ‘She’ from Tyler’s debut solo studio album, ‘Goblin’.

This isn’t the first time that Tyler has engaged in complex storylines. For his previous album IGOR, he created an entirely new persona, with a bleach blond wig, colourful suits, unique dance style and an attitude to match. Now we’re seemingly back to Tyler, the Creator, but there’s already debate around whether this album might feature a host of new characters, and whether this central figure is Tyler at all or another alter ego.

The videography so far feels like a mish-mash of 90s rom coms, classic Hollywood cinema, and Wes Anderson. Coming back to the Billboard Bellhop outfit, this would make sense, given that several commentators suggested back then that he might be taking inspiration from ‘The Grand Budapest Hotel’ with his look, a point of reference that is be repeated in the snowy alpine landscapes and pastel tones of the ‘Lumberjack’ video.

And then there’s ‘Tyler Baudelaire,’ the name attached to the driver’s license that the star has released as art ahead of the album’s release, and a word that has quietly become his Twitter bio. This is one of the main focuses of fan debate: what does Baudelaire refer to, and why does it matter? Fans seem to have settled on a reference to Charles Baudelaire, French poet and author of ‘Les Fleur du mal’ (‘The Flowers of Evil’) , although a few believe that it ties to the family in Lemony Snicket’s ‘A Series of Unfortunate Events’ books. The name clearly holds some significance to the star, but is it just another part of the endless intrigue that Tyler courts with his fans?

Based on ‘Lumberjack’ and the few snippets of audio we have besides that, it seems like Tyler has taken a step back to the vocal edge of his earlier work, but with a little more of the polish that accompanies his most recent album ‘IGOR’. One commenter on the ‘Lumberjack’ video describes the single as “old tyler and new tyler’s love child”, a description that seems fitting. But switching over to smooth R’n’B track ‘WUSYANAME’, it’s clear that this record won’t be defined by just one sound.

Tyler, the Creator is building his own epic universe, but how it all fits together isn’t clear. With the release of his new album set for the 25th of June, fans anticipate his best work yet and an era that blends the best of his early and recent work. Given that it’s Tyler, the Creator we’re talking about, it seems likely that there are a host of surprises yet to come.

‘Call Me If You Get Lost’ will be released on June 25th.

At the year's half-way point...

After the trauma and loss that..

Tyler, The Creator - Call Me If You Get Lost

A labyrinthine display of individual creativity...

*Tyler, the Creator’s* previous studio album ‘IGOR’ was a..