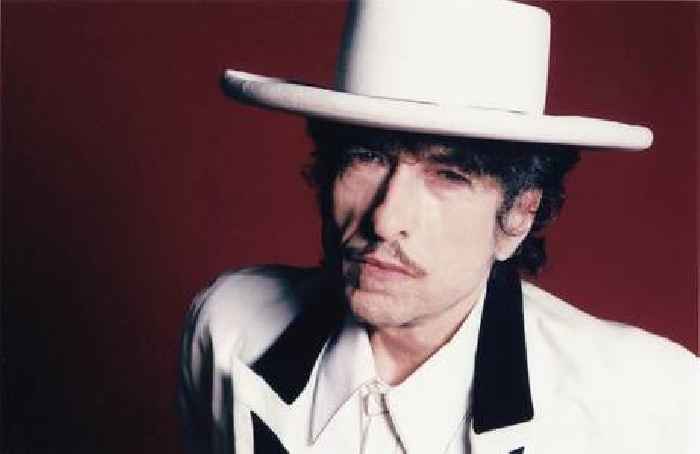 A look back at his influence on the Fab Four...

Let’s say we have a TARDIS and travel back in time to Friday, August 28th 1964. We’ve dematerialised into a room within the Delmonico Hotel on Park Avenue and 59th in New York City. In this room with us are five of the biggest musical icons of all time: *Bob Dylan*, *John Lennon*, *Paul McCartney*, *George Harrison*, and *Ringo Starr*. We are witnessing the fab four encounter the folk-singing scarecrow-prophet for the very first time. As we observe the prodigious musicians meeting, the folk-legend offers the excitable young scousers their first ever smoke of marijuana.

Ringo takes the first puffs - chugging through the joint as if his lungs are built from steel, blissfully ignorant of dope etiquette. He shifted into a giggling mess, Paul McCartney believed he’d attained true mental clarity for the first time, Beatles manager Brian Epstein became so stoned he could only squeak “I’m so high I’m up on the ceiling” and Dylan lost his cool and screamed “This is Beatlemania here!” down the phone to the hotel lobby. Whilst this might seem like a meet up of cool prolific musicians just hanging out and having a smoke on tour (or very strange Doctor Who fan-fiction), this encounter is one of the most important, ground-breaking, and colossal moments in rock and roll history.

This meeting was timed perfectly at the height of Beatlemania. The Merseyside rockers were growing tired of screaming fans at every corner, and as Dylan was already considered a folk legend, he was becoming enamoured with the same thing. As the musical geniuses went their separate ways, they didn’t look back on this night as a casual night smoking weed – both parties saw it as a complete turning point for their careers, and it was subsequently a turning point for music history. Dylan and The Beatles certainly admired each other musically prior to their meeting, but their exposure to each other’s unique and powerful individual characters influenced the musicians to make changes.

From The Beatles’ perspective, they released three albums from the point of the meeting until the end of 1965: 'Beatles For Sale', 'Help', and *'Rubber Soul'*. With each record, the scouse rockers began to free themselves from the shackles that Parlophone had bound them in back in 1962. Their sound became a mine of their interior lives for personal and self-examining songs such as ‘Yesterday’, ‘Michelle’, and ‘Norwegian Wood’, a stark contrast from the formulaic, shallow, and soppy love songs that attracted hordes of screaming fans.

But from Bob Dylan’s perspective, the aftermath of this infamous night resulted in him creating an entirely new genre, the acclaimed, yet at the time controversial, folk-rock. The next album Dylan released after the meeting was 1965’s 'Bringing It All Back Home'. This record marked the first time Dylan embraced electric guitar and rock and roll blues styles inspired by the likes of Chuck Berry and The Beatles combined with the leftist, folk tradition of the folk revival that Dylan pioneered. Dylan had created a new kind of rock and roll and continued this style with his next two albums, 1965’s *'Highway 61 Revisited'* and 1966’s *'Blonde On Blonde'*. This trio of records is widely considered as the greatest subsequent albums released by an artist of all time.

Back in the mid-60s though, Dylan’s new era didn’t arrive without controversy. He played two very well received performances at the famous Newport Folk Festival in both 1963 and 1964, dazzling the audiences with just him, his acoustic guitar and harmonica. Upon his return to the festival in 1965, he played another well-received acoustic set on the Saturday night including songs such as ‘All I Really Want To Do’ and ‘If You Gotta Go, Go Now’. Dylan then played a second set on the Sunday night and made the spontaneous decision to challenge his audience by playing with a full electric backing band. This indeed shocked the audience, with some sections booing Dylan and his new band which lead members of the folk movement to criticise him for moving away from politically charged song writing and for adapting to electric.

The angry audiences grew to the UK where one member of an audience in Manchester screamed *“Judas!”* This didn’t faze Dylan however, and he continued to tour with his band and continued recording and inventing what is now known as folk-rock.

Folk-rock would go on to import the social conscience of traditional American music into the rock 'n' roll sphere, thereby providing a counterculture for its national anthems. With both Dylan and The Beatles holding worldwide influence by the end of 1965, their musical turning points and reinvention would inspire an entire planet. The Beatles played around with folk elements and genre bending, Dylan created folk-rock which The Beatles then adopted and adapted, and both parties showed the world that free-spirit, creative freedom and innovation had the power to truly change the world. We all know the influence Dylan and The Beatles had on the world individually, but without their wild paths crossing, would the effect have been the same?

Let’s go back to our hypothetical TARDIS and take it to August 1964 and stop Bob Dylan and The Beatles from meeting. We’ll never know what that would result in, and there’s no doubt both parties would eventually meet anyway as that’s what the biggest people in their fields did, just like it was inevitable for The Beatles to meet Elvis. But what would the butterfly effect be if we stopped the meeting at that time? Would folk rock ever exist? Would The Beatles go on to create their later music that inspires to this day? Would rock and roll have turned out the way it did? But undoubtedly the biggest question is, would music be the same today?

Dylan and The Beatles were both on very similar paths at the time of the hotel meeting. They weren’t sure where and how their paths would continue, but this infamous stoner meeting in retrospect shows that both parties more bricks for each other’s paths to find their new direction, subsequently building the path for the direction of music in the late 20th century. The famous age-old debate of who really was the fifth Beatle will never truly be answered – but it’s undoubtable that Bob Dylan is a true contender.