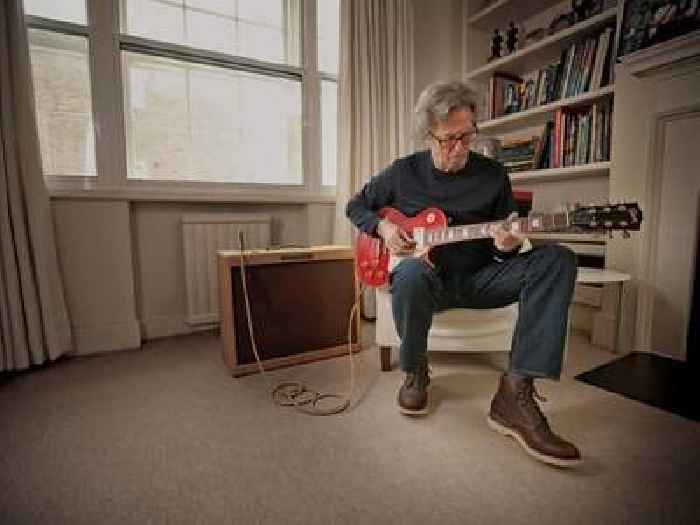 The guitarist "should never have gone near the needle..."

The guitarist has become something of an anti-lockdown crusader, working with Van Morrison on his song 'Stand And Deliver'.

Backing Van The Man's *controversial views*, Eric Clapton has now made his own experiences public.

The UK legend has penned a letter to Robin Monotti Graziadei, an architect who is also a prominent anti-lockdown campaigner.

*Rolling Stone has confirmed the veracity of the letter*, which Robin Monotti Graziadei subsequently shared on his Telegram.

Clapton wrote: “I took the first jab of AZ and straight away had severe reactions which lasted ten days. I recovered eventually and was told it would be twelve weeks before the second one…”

“About six weeks later I was offered and took the second AZ shot, but with a little more knowledge of the dangers. Needless to say the reactions were disastrous, my hands and feet were either frozen, numb or burning, and pretty much useless for two weeks, I feared I would never play again, (I suffer with peripheral neuropathy and should never have gone near the needle.) But the propaganda said the vaccine was safe for everyone…”

The letter also sees Eric Clapton describe anti-lockdown campaigner *Desmond Swayne* as one of his "heroes" before stating: "I continue to tread the path of passive rebellion and try to tow the line in order to be able to actively love my family, but it’s hard to bite my tongue with what I now know..."

Eric Clapton recorded guitar for Van Morrison's album track 'Where Have All The Rebels Gone?', a statement he says he backs to the hilt.

He writes: “I’ve been a rebel all my life, against tyranny and arrogant authority, which is what we have now. But I also crave fellowship, compassion and love… I believe with these things we can prevail.”

Join us on the ad-free creative social network Vero, as we get under the skin of global cultural happenings. Follow Clash Magazine as we skip merrily between clubs, concerts, interviews and photo shoots.

Get backstage sneak peeks, exclusive content and access to Clash Live events and a true view into our world as the fun and games unfold.